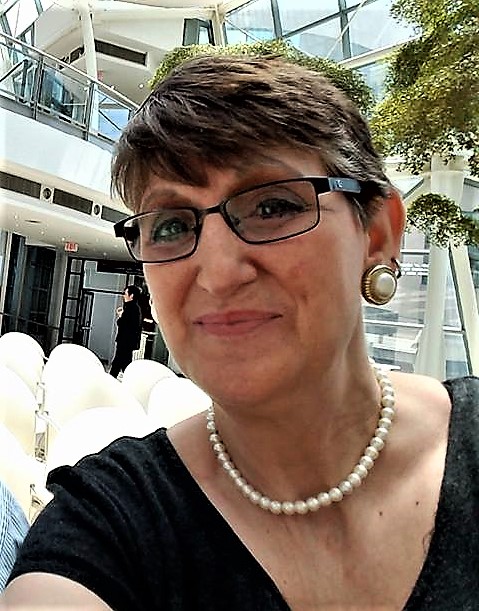 He is dead. When? How? Why did it take so long? As the questions arose, intellectually, I was flooded with emotions. Reality set in, and for the first time in 17 years, I knew that I was not only safe at last, but free.

This man took me down a path that can only be described as a living hell, as few have truly experienced. He came in my life, soon after the death of my sister, when I was sad and vulnerable. Within 6 months I found myself in more danger than I had ever been in my entire life.

This man was truly a monster in disguise. He took me away from my home, where I was to learn, that not only was he violent but wicked and satanic. There were times when I was spoken to and I didn’t know what I was hearing, but it was not human. I saw distorted shadows on the walls, and evil so chilling, that I didn’t know if I would make it out alive.

He beat me to the point that I was unable to hear for several years, and injured to the point that I could barely walk. He nearly left me for dead. I was no longer a person, but an animal being hunted and tortured. Ultimately fear and looking over my shoulders became my way of life.

Because of his way of life and power, his contacts were more far reaching than even I would have believed. After my escape, I became target with a bounty on my head. My home was bugged, my car was tampered with, and 4 states later, after I went on a job interview, I was phoned that same afternoon, told that I was to never return to their place of business, and hung up on. I was forced to constantly hide in anticipation of being traced again, until one day, I was so exhausted, I didn’t care anymore, and swore to run no more.

So now, years later, and with sweet relief, the nightmares were over. I could breathe with a sense of wellness and freedom that I didn’t even know I didn’t have until that very moment. The chains to my pasts were broken. I finally understood myself a bit more that night. I hold in many secrets that I am slowly opening to even now. Fear of others reactions still get to me. People who are in violent situations, leave with terror for legitimate reasons. People who stay, know that each day they are there, their lives are in danger. It is a trap that’s almost impossible to get out of, and sadly many still end up dead. Others, like me, live in a fear that cannot be explained, regardless of how their lives are so different regardless of how much time has passed.

Letting go and forgetting are two different things. As is forgiving and being terrified of that same person are also different. The issue was never forgiveness. It was absolute fear in spite of it.
Mark 11:22 is my saving grace. Jesus answered Have faith in God. That one simple statement. Have faith. It has never failed me. Those times when I was found, I escaped as Mary as Joseph did from Bethlehem. When I was tortured, my body was bruised and broken, as was Jesus on the cross, and yet he rose from the dead and lives today. Isn’t that what happens to us when we come from bad situations? I live because God saved me time and time again. I am stronger because with God, all things are possible. And I forgive, because that’s what God commands me to do. And I rejoice, because though it all, I have never been, nor shall I ever be alone. – Abby Vesga

If you are in an abusive relationship, please contact Pastor Wade or one of the following organizations immediately.